Inland Children's Chorus Home Page
What's New?|| A society column offers insight into how music and performance can transform children into a chorus, as described elsewhere, with "professional finesse." The columnist uses a unique personal humor that also reflects the pre-WWII period. Writing style aside, practices would be similar in later years under both directors. |See previous What's New postings |>> 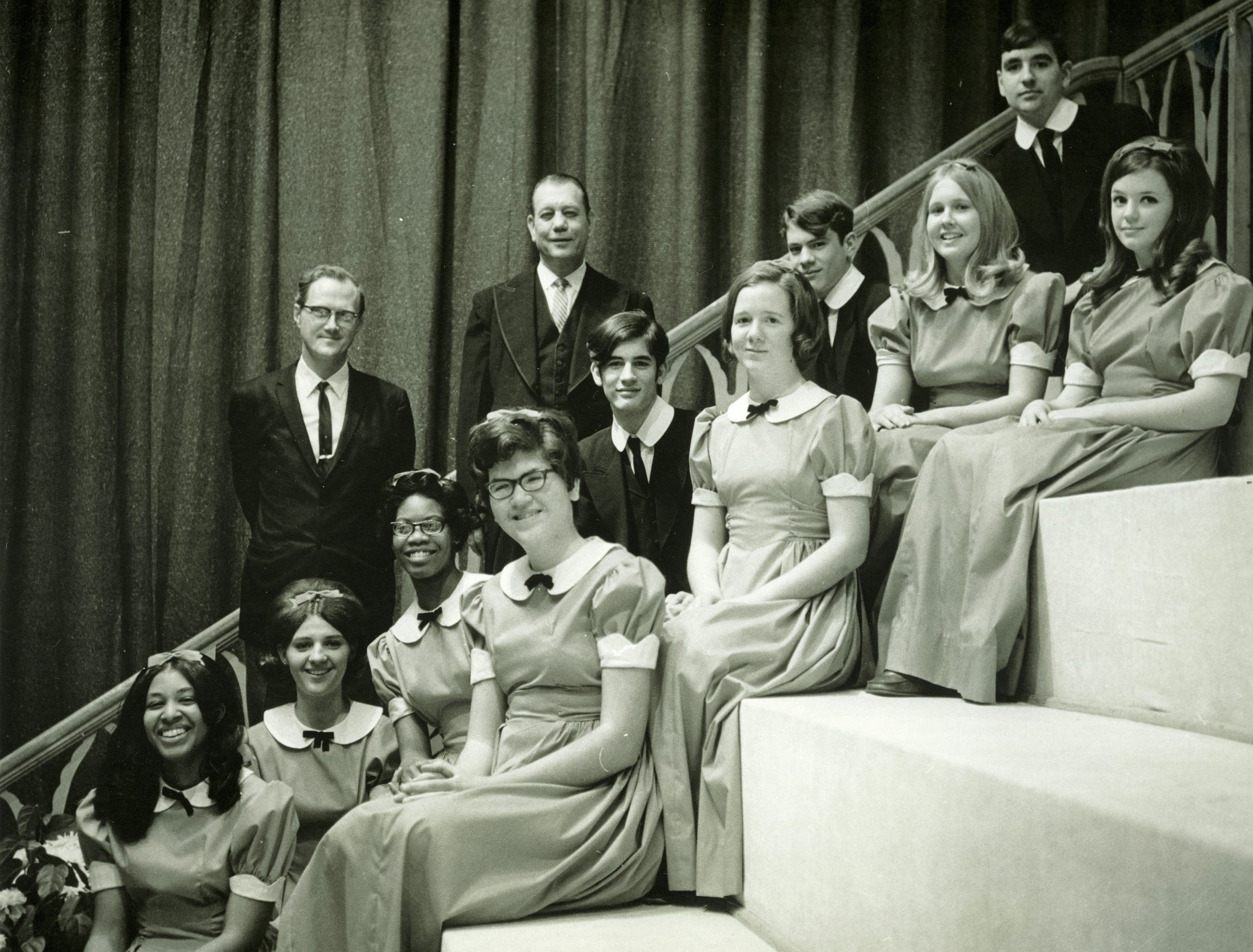 Celebrating the 50th Anniversary of the final concert (click on photo).

Welcome to the Web home of the Inland Children's Chorus!

This website is dedicated to preserving and making widely available the history and music of the Inland Children's Chorus, which was an original and historically unique contribution by American industry to young people, the community, and the performing arts.

The Chorus was sponsored from 1936 to 1970 by the Inland Manufacturing Division of General Motors Corporation to give 8- to 16-year-old children of employees "a musical education and training which they otherwise might not be able to obtain and to make a contribution to the cultural life of Inland employees and the community." Inland engaged Broadway theatrical designer and Tony Award nominee Raymond Sovey to stage the concerts. The Chorus often performed with the Dayton Philharmonic Orchestra and gained national acclaim on radio and television. The Inland Children's Chorus has been called "one of Dayton's greatest by-products of industry." (DPO70)

View a one-minute video profile of the Chorus by Dayton Daily News journalist Lisa Powell. Listen to Inland General Manager John D. O'Brien suggest why a corporation might value tradition and the performing arts (six-minute audio). Mr. O'Brien's comments were given at the 25th anniversary concert following one of the area's most damaging ice storms. See a 50th Anniversary booklet on the history of Inland. Links at the top of this page access images, recordings, comments, and video.

Special Collections and Archives, located in the Wright State University Libraries in Dayton, Ohio, works with this website to collect and to preserve materials related to the Inland Children's Chorus (link to MS-432).

Help complete our history by sharing your comments on the forum page and by contributing memorabilia for the website and Special Collections. To help maintain and preserve this website, consider a gift to the InlandChorus.com Trust.